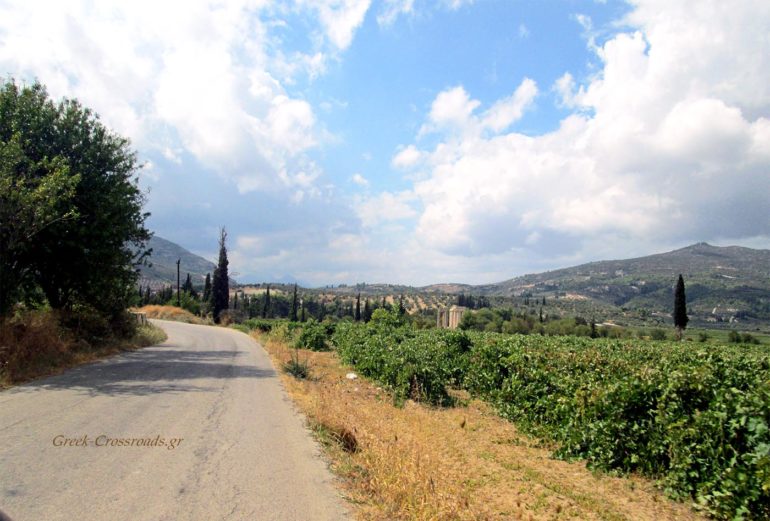 Nemea is the most important winemaking area in South Greece.

Explore the Wine Roads of Nemea valley in Peloponnese that drive you to ancient temples, vineyards, wineries and villages. Taste the local high-quality wine. 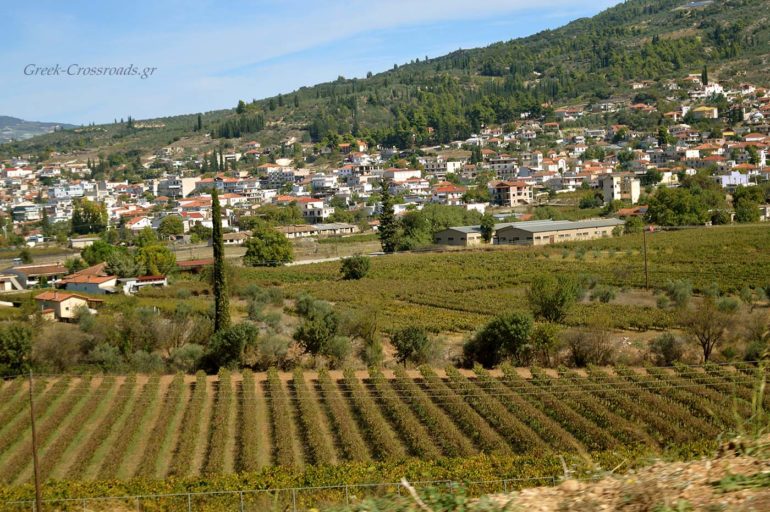 The Agioritiko is the primary grape grown in Nemea which is red. More info here

A few km away from the modern town of Nemea there is Ancient Nemea where the archaeological site is. Among other ancient buildings being reassembled is the Temple of Zeus, one of the more impressive ancient temples you will find in Peloponnese. 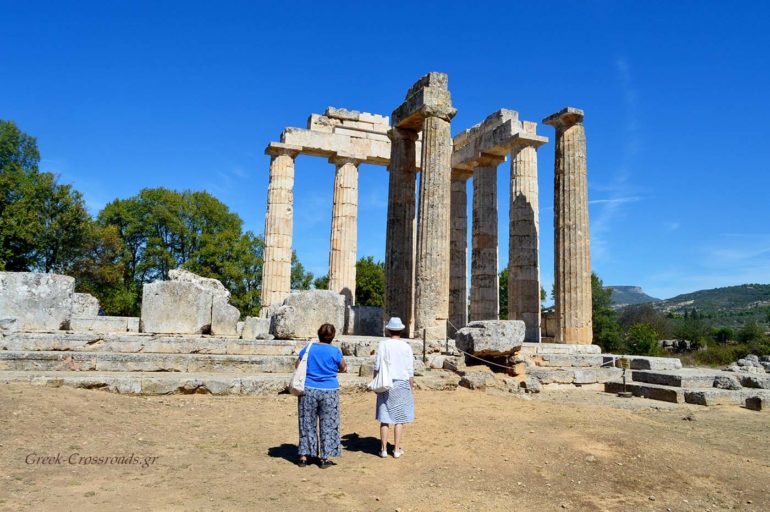 From the 6th to the 2nd century BC the sanctuary here played host to the Nemean Games which attracted participants from all over the Greek world.

The stadium on the site once seated 40,000 people and has been restored by archaeologist Stephen Miller and his teams from the University of California at Berkeley. 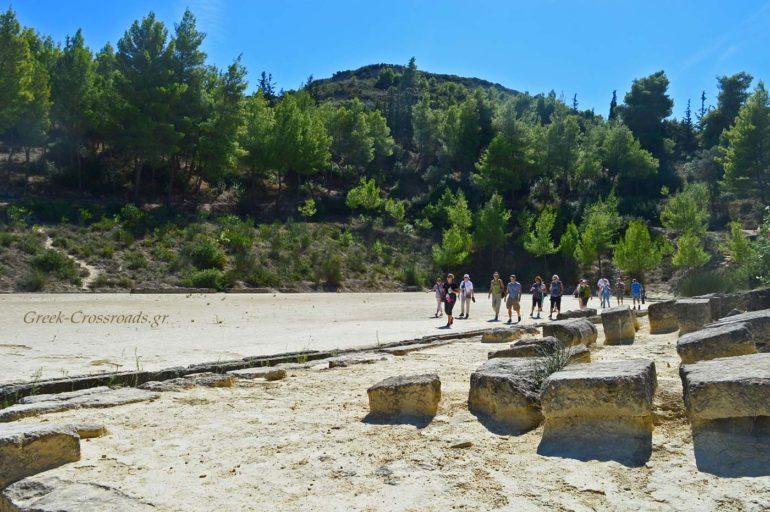 The ancient stadium at Nemea was constructed around 330 B.C. when the games returned from Argos.

It is similar to other stadiums of the Early Hellenistic period such as those at Olympia and Athens which, in part, took advantage of the terrain, and at the same time constructed parts which were not provided naturally. 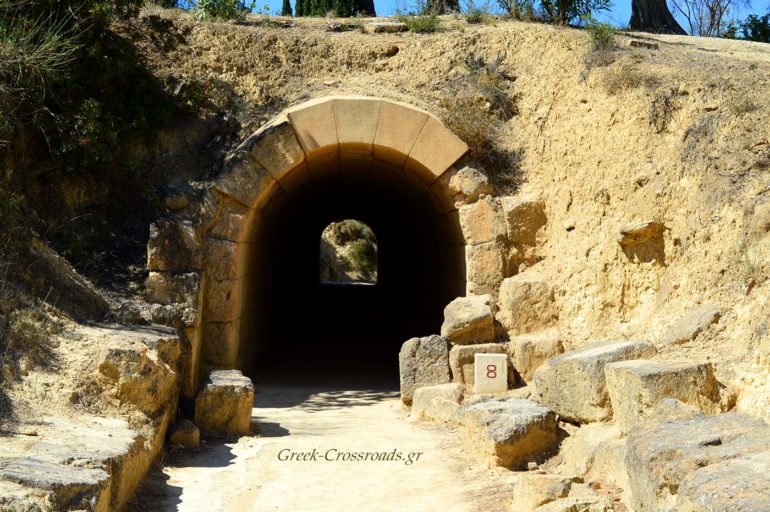 On the west side of the track,  the stone seats are interrupted by two parallel walls that extend back into the hillside.

Capped with slabs that follow the hillslope up, this passageway ends at the vaulted tunnel that the athletes used as their entrance; this is the precise equivalent of the tunnel at Olympia which Pausanias (6.20.8) called the Hidden Entrance (krypte esodos). Unless one is directly opposite the entrance, it does seem to be hidden. 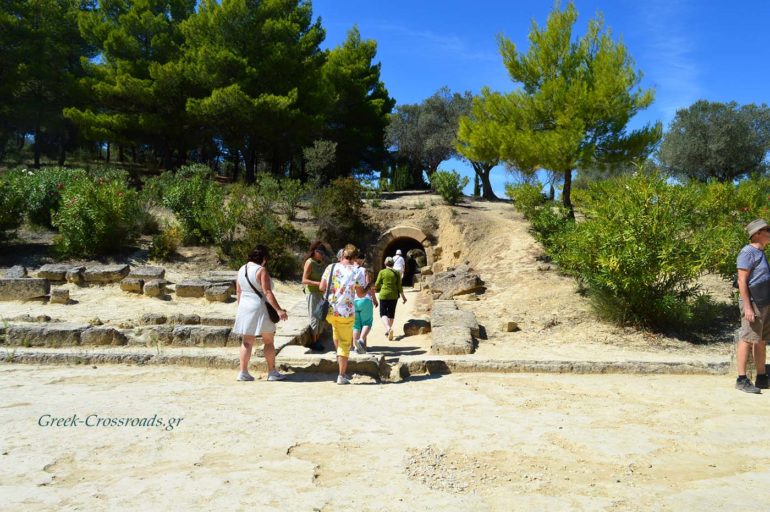 The Society for the Revival of the Nemean Games hosts a non-commercial alternative to the modern Olympics that attracts participants and spectators from all over the world.

Competitors dress as the ancient Greeks did and compete in the ancient stadium and also do a long distance run of 7 kilometers called ‘The Footsteps of Herakles’ which follows the country roads of Nemea and ends in the stadium.

Participants of the races are of all ages and speeds and anyone can participate. Like the Olympics they are held every four years, the same years as the modern Olympics but in June. More info here. 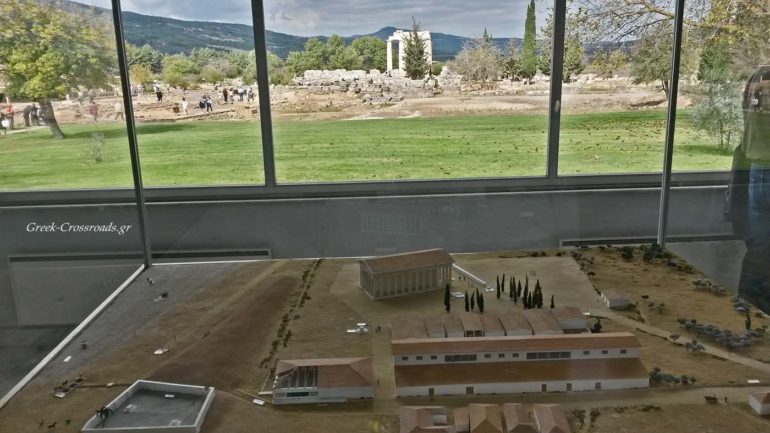 The museum on the site as is one of the best small archaeological site museums in Greece, well organized and displays explained in clear English. More info here.

A high-light of the wine land: Visit the medieval monastery of Panagia (Our Lady) of the Rock with a great vew to the wine valley of Nemea. The old church of Our Lady of the Rocks is located on the east side of the rock called Polyfeggos,  just a few km away from Ancient Nemea, on the way to the modern town Nemea. 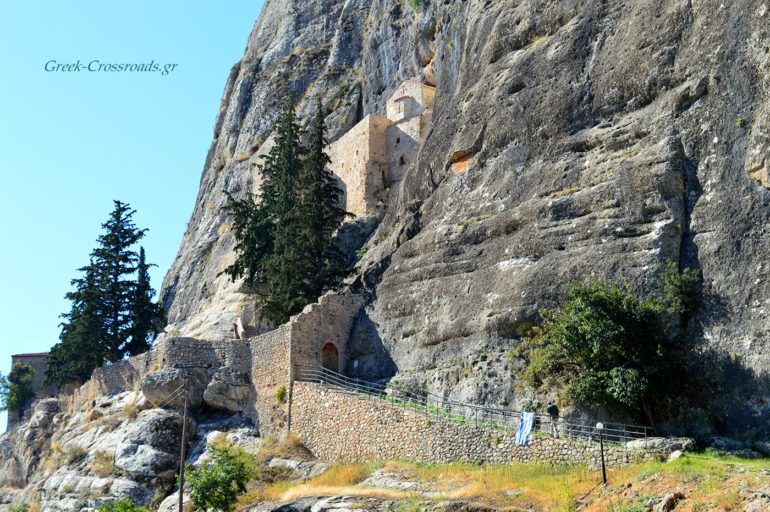 The road leads through the stone, arched entrance to the narrow courtyard next to the rock. The ruins of a medieval settlement are recently restored and open to the visitors. Entrance is free. Just open the arched door and close it again when you leave. 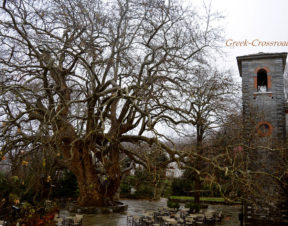 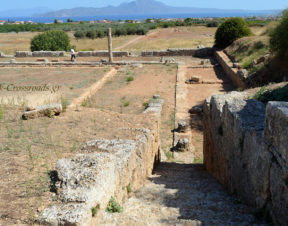 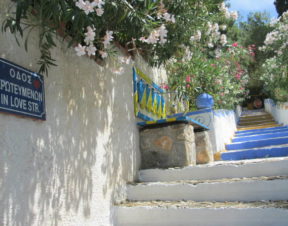