Nemouta Waterfalls: The Secret place of the fairies 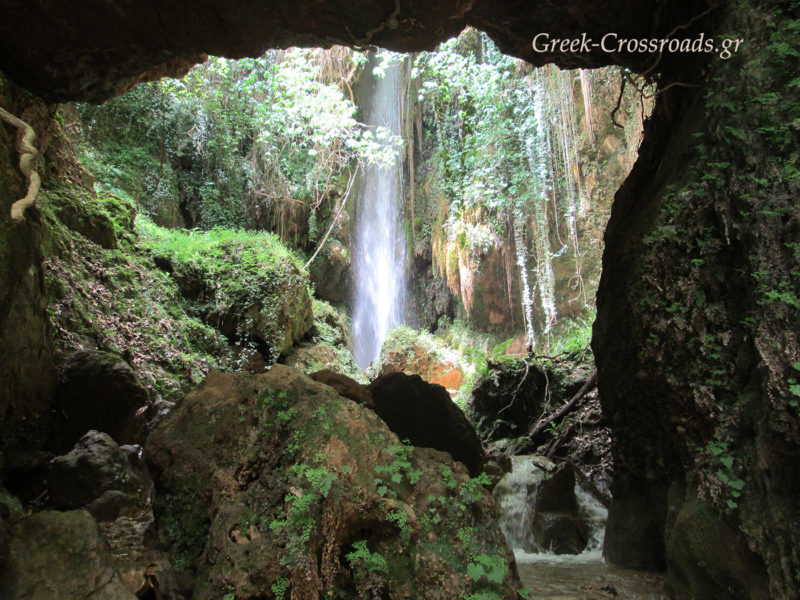 Even the locals will confuse you on how to get to this rare and beautiful place but access to the spectacular waterfall is very easy, even for children. This place has an untapped natural beauty that makes you wonder how it is not mentioned in the tourist guides. 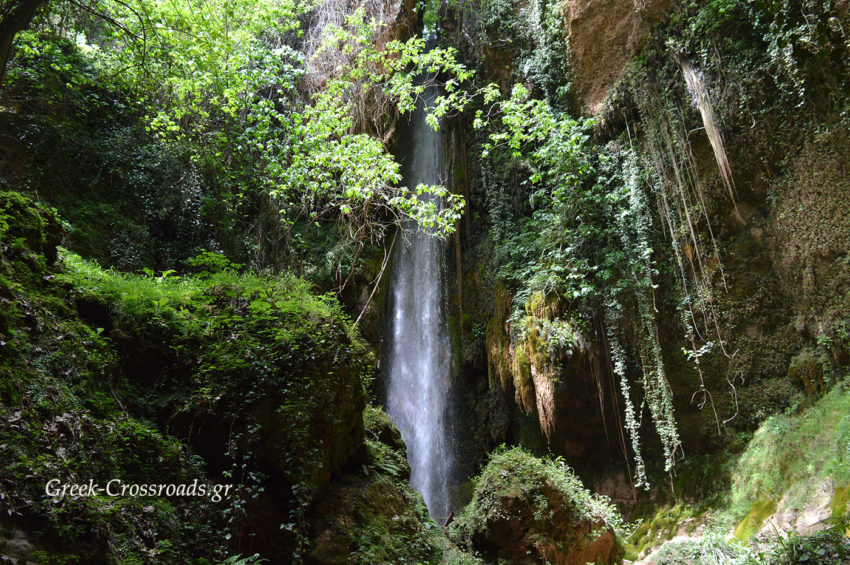 The impressive waterfalls are located about 42km from Pyrgos Ilias, near Nemouta, a village in the Prefecture of Ilia on the border with Achaia and Arcadia at an altitude of 560m on the Erymanthos River – which, like Ladonas, is a tributary of the Alfeios river. Almost all the permanent residents of the area are engaged in traditional agricultural work. So they nor the state have exploited the area. The fact is that few know the existence of the cascades in Nemouta and few have visited them. 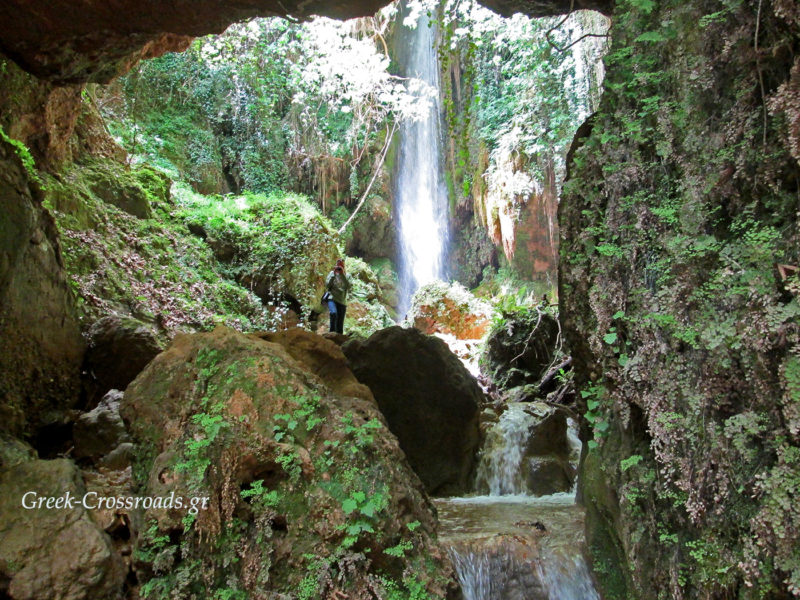 However, the region has recently become the attraction of many visitors, thanks to two young people, whose economic crisis led them back to their village. They are Nicholas Siakkoulis and Panagiotis Papailiou, who put Nemouta on the tourist map, when they discovered their impressive waterfalls on their hikes. They have been able to “map” over 30 waterfalls and make them known through social media.

For the last two years, climbing and hiking clubs, groups of foreign tourists, as well as individual visitors arrive in Nemouta looking for this rare beauty of the Erymanthos river and its waterfalls. 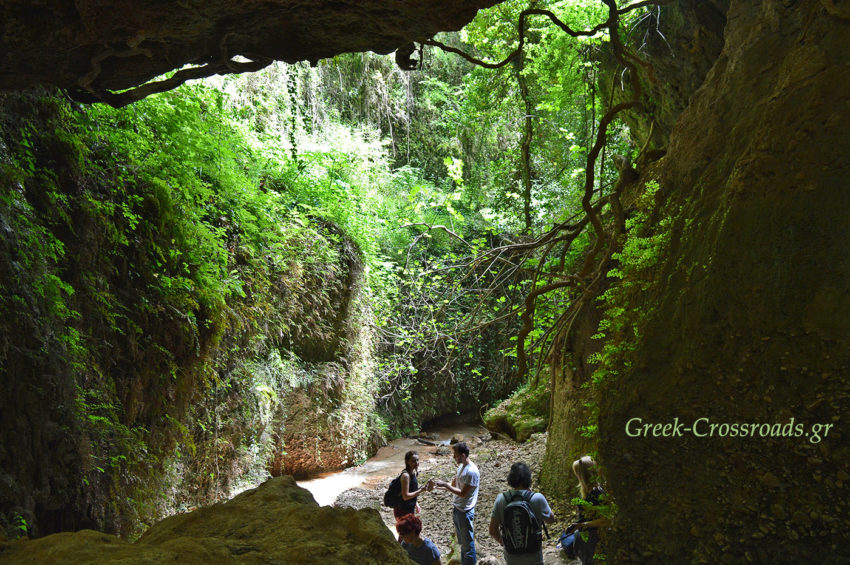 The entire hiking trail follows the M3 path, which starts at the nearby village of Foloi at the natural history Museum and is 12 km long. Walking in the footsteps of the mythical hero Heracles, who completed the fourth of his twelve feats in the area. The myth tells of Erymanthos Kapros, a mythical wild boar that symbolized the fury of the river when it flooded and caused disasters.
The M3 path after the forest enters the gorge where the scenery becomes almost tropical, with lush vegetation and wildlife. After a long walk there is time for a rest before continuing by a stone bridge which leads to the gorge of Haratsari with the 13 waterfalls and the gully of Amboula with another 16 waterfalls!

There is also the easy way for those who want to avoid hiking. A reasonable dirt road even for conventional cars (3 km) leads from Nemata to the village of Elaia and the metalbridge of Erymanthos River, where one of the most impressive waterfalls in the area is very close. Just a few meters before the bridge path begins along the small river bank which leads after a few minutes into the gorge. There are no signposts. The sign that marks the path is a wooden bridge and processed PPC spools – fully integrated into the natural environment – serving as wooden tables. 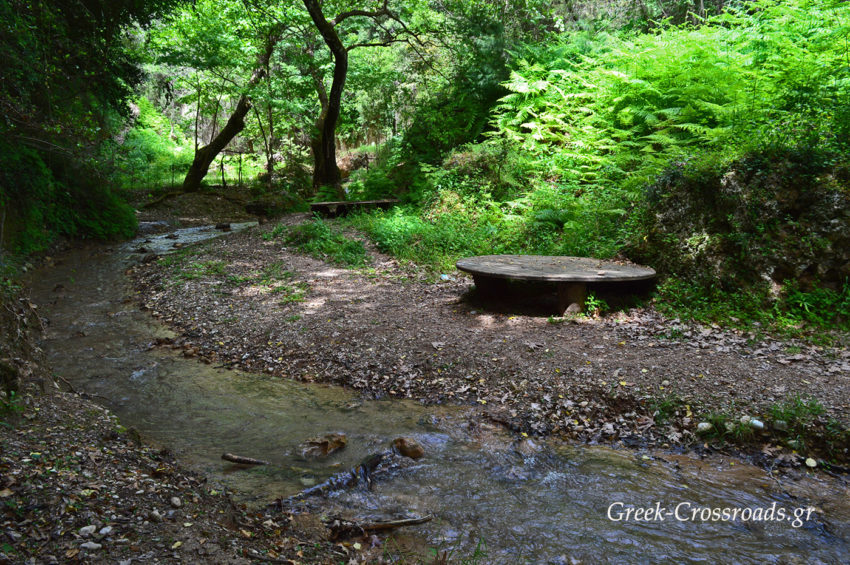 Do not follow the uphill to the left which leads to a fenced courtyard. Follow the trail next to the bank. A few meters below is an impressive cascade of about twenty meters coming through the opening of the rocks.

Some more information…
There is a faded sign on the metal bridge of the Erymanthos River in the village of Elaia. This is what you need to look out for because the path to the waterfall is just across.
Information on the Foloi forest and the Erymanthos River canyon
” The starting point of the path is the Information Center-Environmental Museum of Foloi, located at the crossroads of the road to Ancient Olympia and the national road Patras -Tripolis with the village of Kumani.
Following the forest road to the east we descend the Erymanthos gorge. Along the route that exits the visitor meets stone arched bridges, watermills and caves. A path full of willows and plane trees ending at the borders of the village of Nemouta.
The mythical oak forest of Foloi is a protected area from the NATURA 2000 network. It is located at an altitude of 688m. on mount Foloi Ilia and occupies an area of 33.000 acres. The crossing of the Erymanthos and Ladon rivers creates a unique environment. It is the only wild-leaved oak forest in the Balkans with old oak clusters. It is considered to be one of the 196 important areas for birds in Greece from the NATURA 2000 network “. 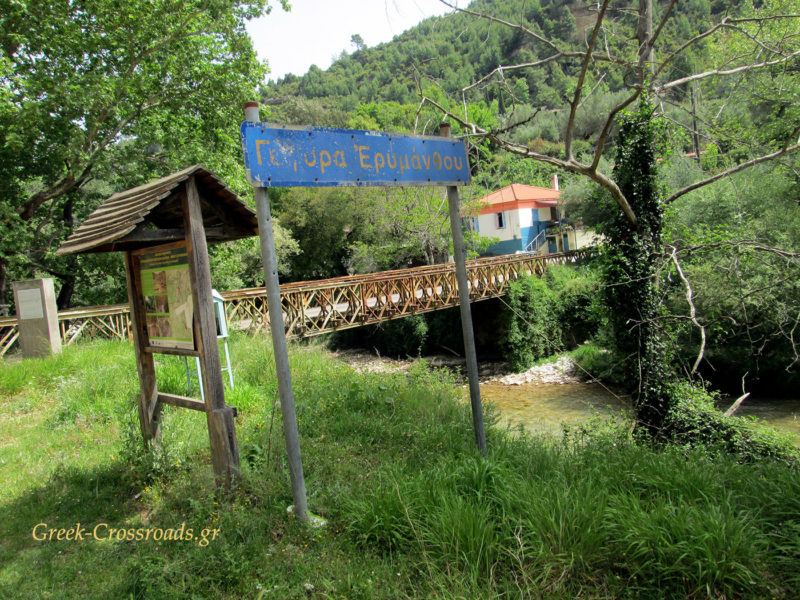 Two more easily accessible waterfalls are located in the village of Elaia to the north (opposite direction to the water flow) after crossing the Erymanthos river’s metal bridge. There are also ruins of a watermill, which is believed to have functioned as a gunpowder mill during the Ottoman domination and during the Greek Revolution. The water groove, the Milwaukee, the siphon and the millstone can still be seen.

More information about the area you will find on Facebook “Netmuta Waterfalls – Erimanthos Gorge”.

Nemouta Waterfalls: The Secret place of the fairies: 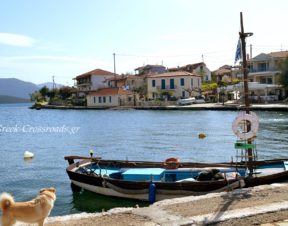 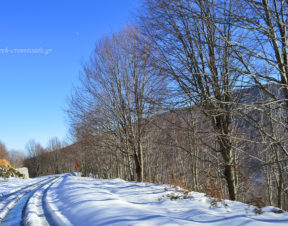 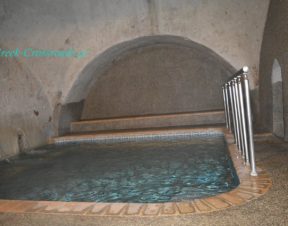