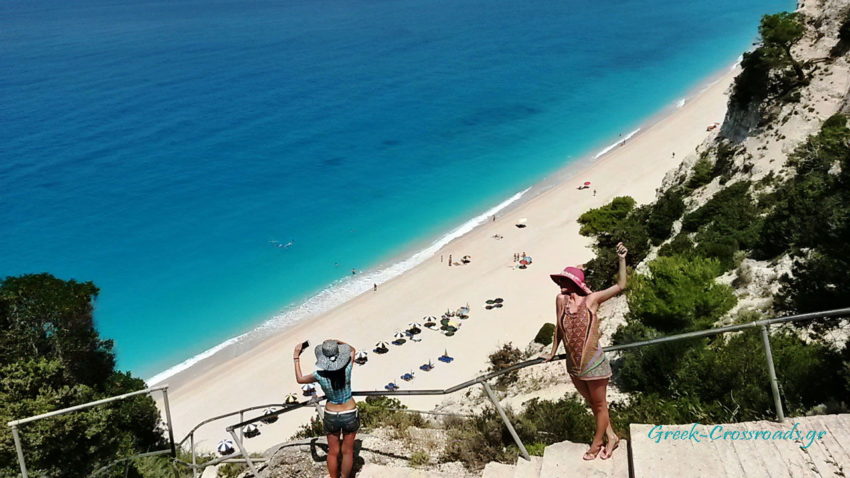 The castle in Lefkas

Lefkas.Kids and pets on holiday

The entire island of Lefkada or Lefkas is full of natural attractions such as coastal villages, spectacular beaches and lush mountain villages so traditional of Greece.

The island is located between Paxos and Kefalonia, and is also very close to the mainland prefecture of Etoloakarnania to which it is quite probably joined in antiquity. Currently divided from mainland Greece through the Straits of Drepano it has easy road access by the 50 meter swing bridge that connects the island to the mainland opposite. The bridge opens every hour for the uninterrupted passage of large and small boats.

At the entrance to the island stands the castle of Santa Maura which was built around 1300 by the occupying Frankish ruler John Orsini as a dowry for his marriage to the daughter of the Despot of Epirus NikephorosI . This is one of the most impressive medieval buildings in Greece , representing one of the t typical fortifications of the medieval era. The castle protected the island from pirate attacks and other enemies until 1684.

Over the bridge a forked road left leads to the main port and Lefkas town and to the right for the beautiful spots of Gyra and Ai Yannis with the calm beaches that the lefkadians prefer. In the area is an impressive lagoon – one of  the most important protected wetlands in the Ionian. A stop off point for many migratory birds (swans, herons, ducks, geese, gulls and lapwings) and you will see the so callesdifaria, a form of fish found in theAmvrakikos Gulf.

Beautiful beaches for the eyes to behold

The east side of Lefkas  always has calm seas, beaches with little wind, coastal hamlets with vegetation to the shore and villages with charming fish tavernas . By contrast on the west side of Lefkas there are wild cliffs and some of the most famous beaches of Lefkas, Kathisma, Egremni ( descent of numerable steps to the beach), Agios Nikitas  and Porto Katsiki.

It is better to visit these beaches either morning or late afternoon to avoid discomfort in July and August as they are particularly crowded.

In Lefkas there are schools for wind-surfing , kitesurf , sailing, diving, water skiing , paragliding, mountain biking , hiking and other sports. Outside the town of Lefkas, in the village of Apolpena there is also an organized farm with horse riding (Aramis Farm). Daily cruises are organized from the port in Nidri where boats make daily trips to nearby beaches and the neighboring islands. The cluster of small islands Madouri , Scorpios , Meganisi , Kalamos , Kastos are considered one of the most ideal locations in the world for sailing or boating (boat rental is available).

As for the night-life, the choices are many as several beach bars at night turn into dance clubs .

The island is mountainous. In the mountains you will find gorges, waterfalls and springs. The routes inland, especially the north, reveal the authentic face of the island – Women sitting on benches outside the gates of their homes and still wearing the traditional Lefkadian costumes and fields still being cultivated despite the difficulties and economic adversityof the times. One of the most beautiful mountain villages is Karya renowned for its famous embroidery and weavings. In the centre of the village is the stone square with trees, picturesque cafes and tavernas.Here is the Folklore Museum of Karya  “Koutsochero Maria”.

Near Nidri are the waterfalls. You will easily reach them if you follow the ring road to avoid the traffic in Nydri. After a short journey you will reach the Platanos Cafe from where the trail to the waterfalls starts. The path follows the left side of the Dimosari gorge. Once the gorge narrows the first waterfall that locals call Ronnie are visable. To reach the largest waterfall with the small lake follow the narrow path to the right and climb the steps. Mind the stairs!  Do not rely on the protective wooden banisters as they are loose!

Stunning waterfalls are also found in the centre of the island , in a less touristy area , close to the borders of the former municipalities Sfakiotes , Karya and Ellomenos. You will not find any signs for Akonis waterfalls so it is better to ask the locals how to get there. Two great writers of  Lefkas, Aggelos Sikelianos and Aristotelis Valaoritis have written about the beauty of the site.

Hidden between the mountains of Pirgos and Elato (in the south), St. Elias (on the north), the heights shellac (in the east) and the elevated plateau of St. Donatos (to the west) the Englouvi is not only an invisible village but also the oldest on the island of Lefkas. In fact the village is so named Englouvi which means trapped in English. Here the first Agricultural Association was founded in 1930 (it was a unit of the Panhellenic Movement of Agricultural Unions and one of the best three unions in Greece with Ambelakia and Metalliko), Its task to create agricultural policy  and solve the people’s problems.

The village is also known as “Little Moscow” because the KKE (Greek Communist Party) has great support here in all elections.

The inhabitants are mainly involved in the cultivation of the famous lentil Eglouvi in ​​the fields of the plateau of AgiosDonatos. A characteristic of the plateau, especially in the area around the chapel of St. Donatos is the «Volti». These stone-vaulted huts where built in the Venetian-British rule and were used by the residents during the summer months. On the plateau and in the region there are many grindstones and many wells.

The Feast of Lentil

Every year on 6 August, the eve of the feast of St. Donatos, The Eglouvi Cultural Association organises, the lentil festival with the main focus the delicious food accompanied by revelry that lasts hours. The Lentil Festival has a history lasting several decades. It was started by families of small lentil growers  who gathered to celebrate the end of harvest. But in recent decades the festival has become widely known and the people who gather to enjoy it so many that it is said that one time there were not enough dishes to serve the food and that they even had to result to tiles for plates. The lentils are not soup but more like puree. Cooked in large pans and stirred with wooden spoons as it boils. It is offered to tourists and locals alike.

How to get there

Distances: from Athens 378 km. From Thessaloniki 420 km. The Rio-Antirio bridge for those who are close to Lefkada from the south and the undersea tunnel of Aktion near Preveza has considerably helped access to the island.

The construction of Ionia Odos motorway is in progress linking Antirio with Egnatia Odos (a section of highway is already in operation).

The journey from northern Greece to the coast is now very fast through the Egnatia Odos that connects east to west Greece Alexandroupolis with Igoumenitsa, Lefkada has an airport and ferry connections from Vassiliki to Fiskardo (Kefalonia) and Astakos  (mainland).

Accommodation: There are many hotels and apartments in all over of the island. 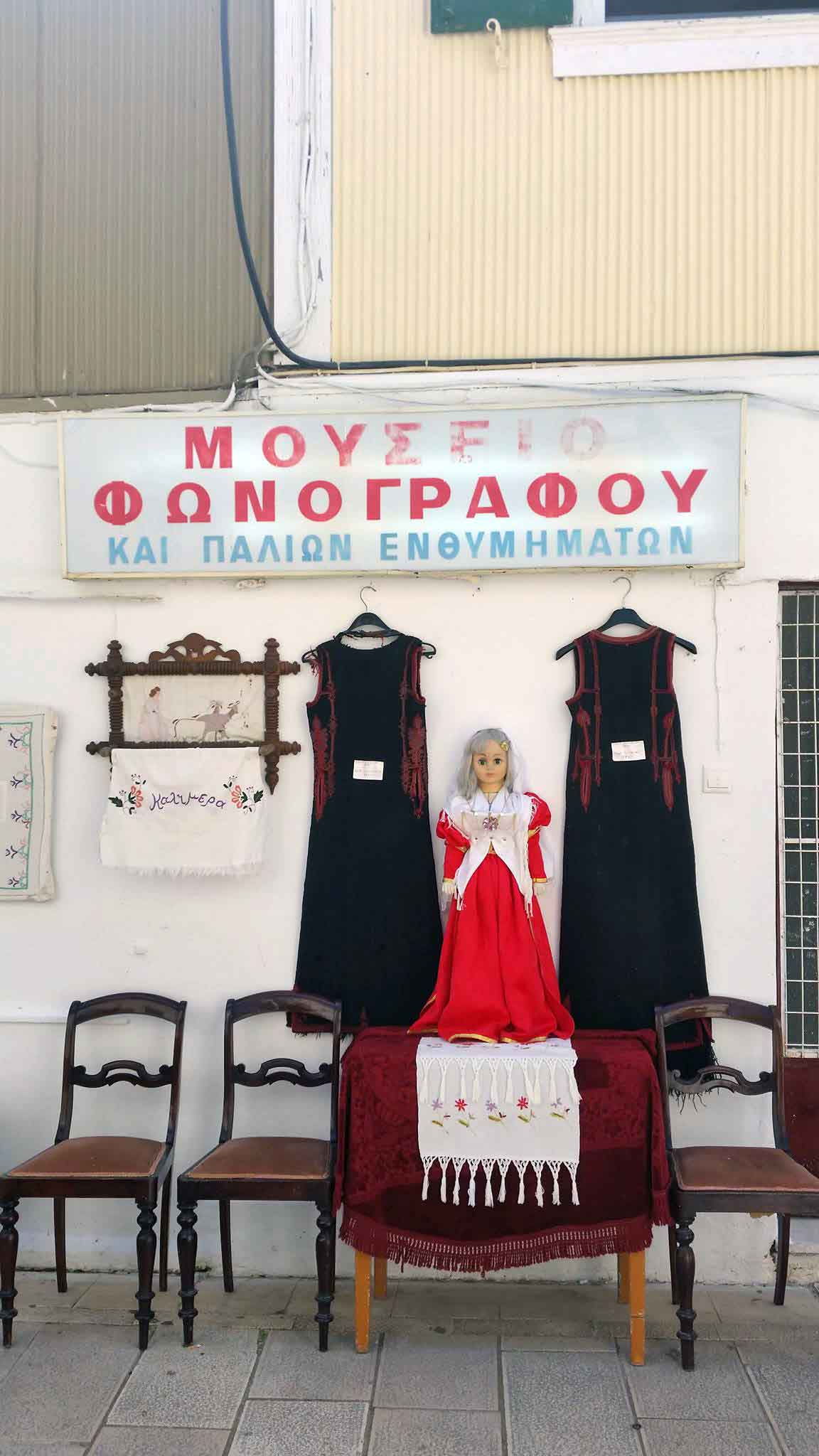 -A Bike ride around the lagoon , to Ai Yannis ,through the venetian olive groves . The route has a distance of 7 km . The road has special area for pedestrians and cyclists , and wonderful views. In the years of the Turkish occupation a large bridge with 360 arches crossed the lagoon from the beach andreached Kalkani incorporating pipes that channeled water to the castle . Parts of the bridge are visable today in the lagoon .